Forgive me, Mother, for I’m about to break one of the rules upon which you raised me: If you have nothing nice to say, then stuff it, son.

Well, I can’t stuff this anymore.

Momma said there’d be days like this. The Shirelles, 1961

What’s snagged me like a cocklebur to the chamois was this line of marketing poppycock from a new gravel race’s website:

“SBT Gravel is ready to take on DK, BWR and Leadville. Can They Do It?” (Sarcastic italics mine. Gratuitous capitalization theirs.)

What this corporate-backed gravel race in Steamboat Springs, Colo., fails to mention in its self-aggrandizement is that, long before it got ready to “take on” Dirty Kanza, the Belgian Waffle Ride and the Leadville 100, its first act was to kick Gravel Worlds square in the balls. 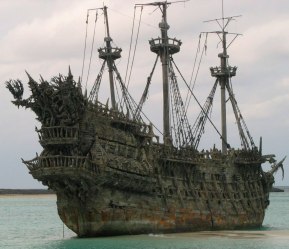 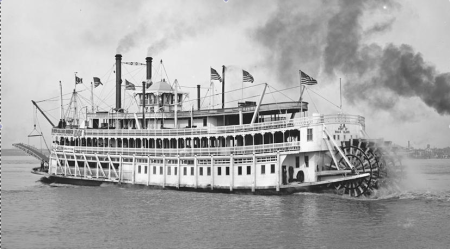 In a match-up absolutely nobody asked for, it’s steamboat versus pirate ship.

I should be clear: I don’t speak for Gravel Worlds or its directors. I only speak for me. And I’m a little cheesed off right now. (Photo, On the Virg Photography)

The marketing executives who launched this resort-town race looked at the Midwest’s top three gravel events: Dirty Kanza, Land Run 100, and Gravel Worlds. They spotted the one with the thinnest financial foundation, and they just happened to shoulder their event into the same weekend. 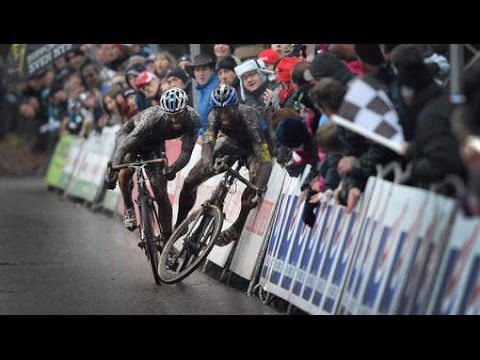 Then they worked a lucrative network of corporate sponsors. And they went about selling rights to every last thing that could hold up a nametag. Local fish may need to print up new return address labels now that their home is officially “MAVIC Steamboat Lake.” And “Checkpoint 1” is so 2018. Welcome instead to the “Carmichael Training Systems Aid Station!”

Can you imagine the Schmidty’s Uncle’s Farmhouse Checkpoint brought to you by Orange Seal? Me neither… (Photo, Rob Evans)

Monied AF, the new race produced a payout purse that by itself rivals Gravel Worlds’ entire budget. That coin helped draw the current and former pros that win eyeballs in our industry. Top athletes like Ted King, Neil Shirley, Phil Gaimon, and even GW’s two-time defending male champion, Colin Strickland, all opted for Steamboat over Lincoln.

Savvy race organizers then used those names to market their event even further. Their investments paid off. SBT Gravel sold out in six days, even at about triple the registration fee. And Gravel Worlds entries appear to be down by hundreds.

In their defense, I’ve heard SBT’s folks claimed the Gravel Worlds conflict was unintentional, unfortunate and unavoidable. What I haven’t heard, however, is that they ever reached out to GW’s organizers, explained themselves, and allowed them the chance to adjust. Rather, it looks to me like Schmidty and Corey were left to lock down their traditional race date, unaware that this year, they’d be competing for entrants against a well-funded team of corporate marketing executives.

Excuse me while I barf a little…

I’m sure Gravel Worlds and the pirates will live to fight another year—maybe in a new spot on the calendar. I’m less sure that the grassroots ethos that sparked gravel’s rise will be its predominant value going forward. There’s simply too much money to be made by people with different principles.

Still, I don’t begrudge anyone who looked at both events and chose SBT. I’m sure it’ll be a whale of an adventure, and I hope everybody who shelled out truly does have a great experience in a beautiful place.

But it’s time we ask ourselves what kind of sport we want. And we should know that “gravel industry” and “gravel culture” are not interchangeable things anymore. One can thrive while the other erodes.

As you plan your season, I hope you’ll consider both industry and culture. If you got into one or more of the sport’s uber-events, congratulations! Have fun. And if you can afford that top-end bike, those new wheels, well, high-five, pal! The industry thanks you. New toys rock.

But if you also care about the culture that has made gravel cycling so explosively popular, I hope you’ll enter a crap ton of grassroots events, too. And I hope you’ll slow your roll once in a while to show your favorite roads to somebody new. Because we don’t have to throw elbows out here. So long as we know how to treat each other, there’s room enough for everybody.

***
A previous version of this essay presumed that Panaracer’s sponsorship of SBT Gravel meant that members of Panaracer/Factor p/b Bicycle X-Change would be unable to race Gravel Worlds in 2019. I’m happy to report I was mistaken. Several members of this elite gravel racing team intend to race in Lincoln this year.

12 thoughts on “A Calendar Conflict”