The big news in gravel racing this week is Bobby Wintle’s decision to rename one of the top three Great Plains gravel grinders. The Land Run 100 in Stillwater, Okla., is forevermore the Mid South 100.

The simple reason why is a complicated history.

The race’s original name was a reference to the 1889 opening for settlement of some 2 million acres carved out of the middle of the Indian Territories in central Oklahoma. Those acres are commonly described as “Unassigned Lands” because “Land We Pushed the Creeks and Seminoles onto after Stealing Their Original Homes and then Shrank Once We Discovered We Really Wanted that Land, Too” doesn’t have the same ring to it.

Oftentimes, this shrinking of a tribe’s territory allowed a genocidal U.S. government to simply shoehorn in more displaced and starved tribes. The Boomer Movement, however, pushed to open these particular acres to white settlers. In the spring of 1889, the government essentially said, “OK, Boomers.” And at the sound of a gun at noon on April 22, some 50,000 mostly-white-folk rushed to claim plots.

Interestingly, Oklahoma “Sooners” were those who ducked this mad mass start, cut the course and hid out on the land so as to reach and claim the choicest plots sooner. So a Sooner is basically someone who cheats at stealing.

The way we see this horse-drawn frenzy has been shaped by the stories we hear. Pro tip: Storytellers always sort the baggage. We toss what we like onto the prairie schooner and leave the rest heaped on the side of the trail.

Be select enough with your details, and Boomers and Sooners can grow into sources of regional pride. They’ve become reflections of a certain pioneering spirit, grit and ambition that our culture has thoroughly celebrated.

There’s a spiritual thunk to be felt once nuance seeps back into that narrative.

A Kansas transplant, Wintle didn’t appreciate the full scope of the Land Run’s history when he chose his race’s name. (I didn’t either.) It felt locally rooted. Historic. A little rugged, with a suggestion of old school toughness and speed. He liked it. (So did I.)

It’s clear Wintle wasn’t trying to offend. It’s also clear he regretted it when he learned he had. “Once our small crew and myself realized that the correlation with the original Land Run of 1889 was offensive to others we had to make a change,” he said in a statement.

I applaud moves like this one, especially when they’re intended to engage in some uncomfortable conversations as opposed to avoid them. Now, Wintle would probably rather talk about bikes, his shop or the health of our sport. But he didn’t run from this. I respect that a great deal.

Judging by comments to the Radavist article announcing the change, gravel folks are generally applauding. Says somebody going by the handle of hopeyglass:

“As someone who has gotten cynical and worn down by gatekeepers in biking being unwilling to change or look at a complex situation, this makes my heart so much fuller.”

Where should this conversation go from here?

For instance, what’s the relationship between Dirty Kanza and the Kaw Nation or Kanza people? I’m not trying to stir pots. I just sincerely wonder: Have the Kanza people embraced the race’s name? Or do they find it offensive? None of my online wandering has found anything pointing either way.

(I should clarify that “dirty” in a gravel cycling context is far from pejorative. We’re #committedtodirt. We love our dirt tans. Pig Pen is our favorite Peanut.) 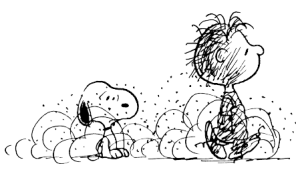 And what of the Sooners? The University of Oklahoma was founded a mere 20 months after that Land Run where opportunist Sooners snagged the best land for themselves. Selective storytelling has molded the term into a source of state pride. Why? And should it still?

Imagine the conversation the University of Oklahoma could start (some would call it a shitstorm) if they sincerely asked whether the Sooner name still suited the school.

I recognize it’s far harder for a 130-year-old public university to change than it is for a 7-year-old bike race. But I wonder. Who has more stomach for tough conversations like these: a guy who runs a Stillwater bike shop, or the administration of the University of Oklahoma?