The great thing about a rookie cyclocross season is the awareness that you can get a whole lot better than you are now. I’m learning a lot, not just with each race, but with each lap. By the fourth lap of my third race, I felt things click. I never saw the results or lap times, but I know that lap was faster. I cornered with less fear.

That’s great, but my first three laps had been so conservative that it hardly mattered—like a birdie on 18 hardly matters when it’s preceded by a long string of bogeys.

After the race, I chatted it up with Jason Brummels. Jason runs Method Cycles—that hip coffeehouse/bike shop down by the capitol that you should definitely check out. We talked cornering. 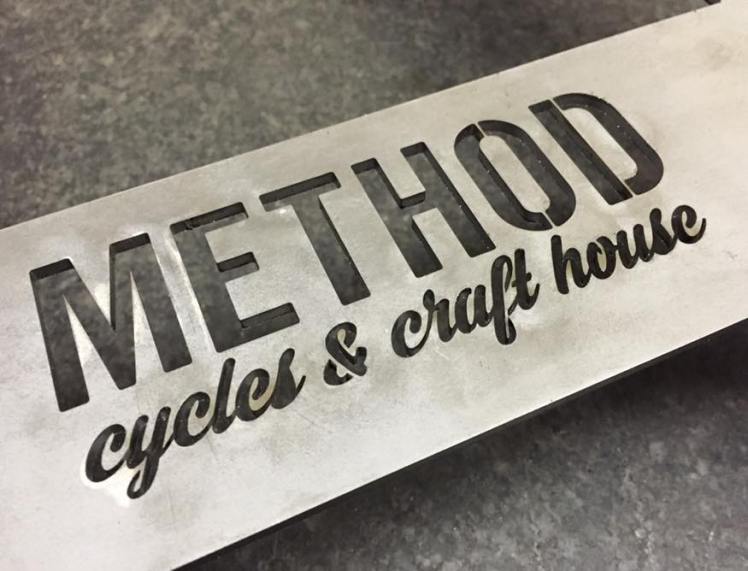 Slow corners, he said, get you coming and going. They cost you time. They also cost you energy. “Those guys coming through with more speed,” he said, “they’re not working as hard as you are.” They don’t have to slam to regain speed they never gave away.

It’s like a double tax. The more time you give away, the more energy you’re charged.

Northwestern football does this thing where players slap this 2×4 as they take the field. Painted on the board are the words: “TRUST YOURSELF.”

That 2×4 is part of their fall camp. They lay it on the floor and have players run its length. Not hard. Then they elevate it, and suddenly, running across it isn’t so easy. The board’s the same. But trust changes.

Lift the board, and the steps carry a different risk. Your ability remains. It’s just harder to tap. You’re perfectly capable of doing this thing that scares you. You’re pretty good at it, actually. But you just have to trust yourself and go.

That’s what started on that fourth lap. And I wanted a whole race like that single lap—a whole race of “TRUST YOURSELF.”

I haven’t worn my Lincoln Abrahams jersey to these cross races out of fear that I’d crash and tear it. Not exactly trustful thinking.

So for my fourth race—Flatwater Cyclocross at Pioneers Park—I put on that team kit, expensive and nice as it is. I told myself: You’re not going to hurt it. Go ride fast.

And I had my best start of the season. My starting position, based on season points, put me in the back half of riders. But when we hit the hole, I was within the first half-dozen or so. Pretty good for a greenhorn. I went into those first corners trusting and fast.

Pretty soon, I found myself in a growing gap between the leaders and the main chase. I wasn’t sure how long I could hold on, but (sticking with my theme) I decided to trust myself to hang with that select group. I dug and got back on the wheel of my teammate, Mike Suing, and stayed within a spot or two of him through that first lap.

But trust only goes so far. I’d been unable to pre-ride the course, so I went into these corners pretty blind. The most important corners to scout are the off-cambers. The opposite of banked curves, off-cambers slope down and away from your outside shoulder. They’re tricky because your momentum pulls in a direction the ground just refuses to support.

Back at Van Dorn Park, scouting gave me an easy out on one of these off-camber hairpins. Toward the top of the slope, nearest the tree trunk we were cornering around, I noticed the ground flattened out just a little. I took that corner way high and kept my wheels under me. So, at Pioneers Park, when I saw a similar off-camber, tree-trunk hairpin, I aimed high, hoping to hug the trunk and find my flat spot. Only, there was no flat spot.

The sound of your wheel sliding out from beneath you in a cross race is different than the crunch on gravel, or the hiss on wet pavement. It’s more of a hollow pop and tear as your knobby tires lose grip and cut sideways through a loose mess of dirt and leaves. That pop/tear is an almost gruesome sound, like the field dressing of a bird.

I heard that pop/rip and slid helplessly beneath the tree. The leaders were gone. But that wasn’t the end of the world—especially thanks to the gap we’d earned over the chase. Then I saw my chain off its ring to the inside. Stay calm, I told myself. You’re already off your bike. Pull it on and don’t lose your poop.

Poop kept, I was back on as the chase group caught. And my chain was back off. My feet just spun. Now, sometimes, you can shift to your big ring and your derailleur will scoop up that flapping chain and spill it back onto your small ring. Shift down and you’re back in business. But I was not back in business. I hopped off and fought the chain again. If a lost mind’s memory serves, I had to go so far as to flip the bike over and beg it back into operation.

I had no idea how many spots or seconds I’d lost on that fiasco. But both were well into the double-digits. Forget Mike. I now had a huge chase on my hands just to catch the back fragments of the pack.

The back end’s catchable, I told myself. You got laps, mister. Use them. Stick your lines. Trust.

It takes a while, but I catch somebody. I realize now that this first pass probably moved me out of last place. I dig as deep as I can and push to pass the next racer and the next. I pass another guy near the MC, who announces my move over the speaker. Then he tosses the mic aside to heckle the man I’d passed. “You gonna take that from him?!”

I didn’t plan to give him much in the way of choice. See, I may be toward the back of this race, but I’m a skillet on high heat, and I been working out.

A bit later, me and my high heat pushed through another off-camber, this one downhill, fast and loose. I took it wide and hot, and found myself in the thick stuff. Then I banked too sharply to get out. The mulch grabbed my front wheel and pulled. I prepared to eat dirt and noticed a photographer in red, maybe three feet beyond my estimated face plant. 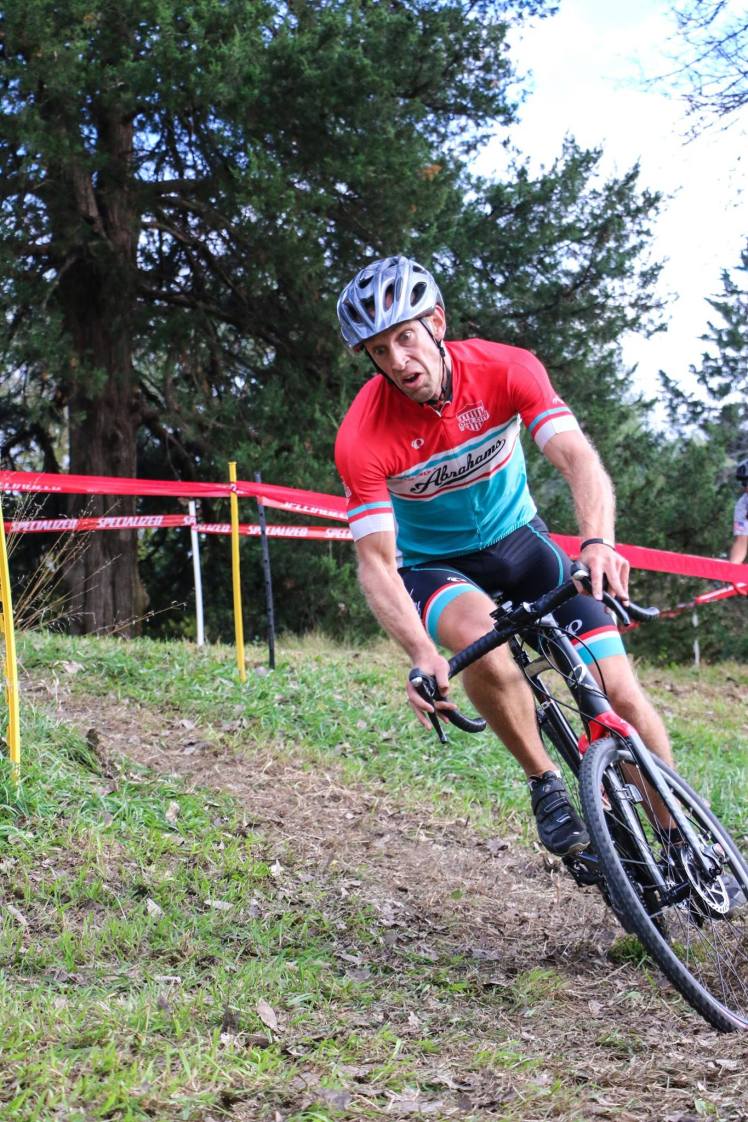 I felt then plenty of things more strongly than trust. I felt a sloppy mix of fear, anger and disgust, alongside concern for this photographer, crouched too low to leap out of the way.

I gave my wheel a healthy yank and braced for the worst. Only, there was no worst.

My front tire plopped onto a new line. And my speed was just enough to yank the rest of me through to hold it. Any slower, any “safer,” and I’d have dropped, no question.

One thought on “Who Do You Trust?”