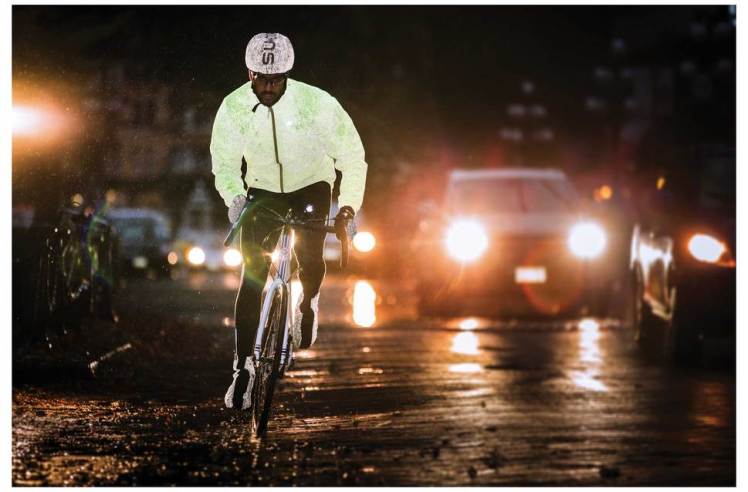 Ever since Randy died, riding a bike has been different. I haven’t been afraid, exactly. Nor frantic. Just edgy.

A gravel road I don’t know well will come to a T, and there I am—staring at the kind of paved, shoulderless county road I no longer want. And I have to decide what to do. I limit my choices to left or right. I don’t turn around. And I’m not panicked. But I tell myself: One mile. Then turn.

I don’t dally. And when my tires splash back onto dry gravel, I feel like a kid who made it through to home base. Back to where people don’t go 70. Back to where folks are looking for that slow-rolling pickup full of blaze-orange hunters. Folks who don’t rage when they lose some time behind a stock trailer. People who generally pass wide and flat, and wave with the proper finger. My people. 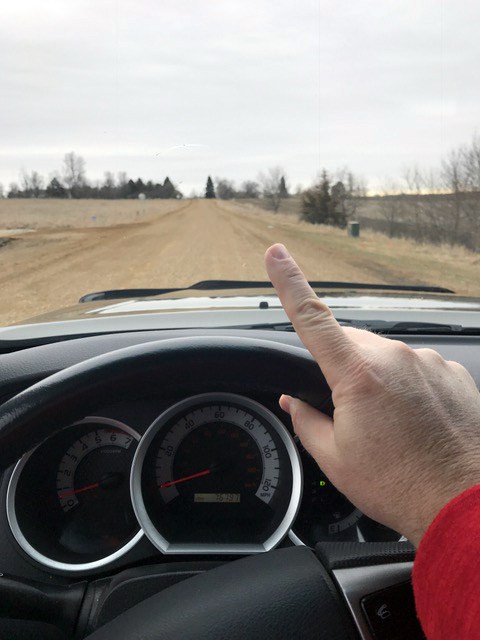 The country wave, properly executed. But to whom? (Photo, sdakotabirds.com)

The jacket’s got little polka dots of reflective material designed to light up like a damned disco ball in the headlights of all peckerheads. 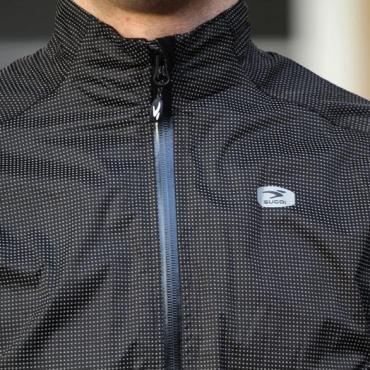 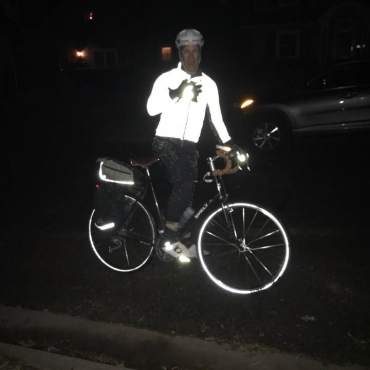 I’m not too interested in product reviews, but I like this jacket just fine. (Left photo, sugoi.com)

But I also thought: Don’t you go thinking visibility had anything to do with Randy or Joe, either one. They could’ve been towing hot pink neon arrows. A big red stoplight hanging 20 feet above Joe didn’t get seen. And Randy was in a setting that scientists call “broad daylight.” Didn’t stop his killer.

The way to think about this jacket: Well, it can’t hurt. 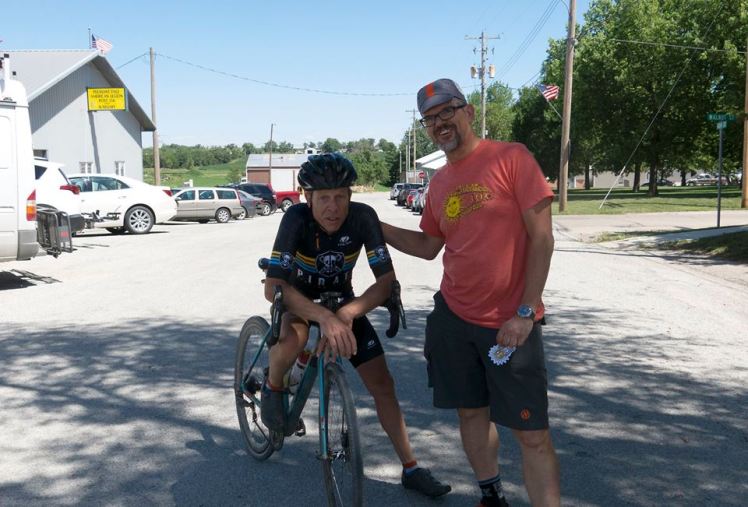 A friend of mine teaches a class to college freshmen. They read On Looking: Eleven Walks with Expert Eyes, by Alexandra Horowitz. Horowitz takes walks with professionals in different fields, like geology and typography, and tries to absorb how their expertise shapes the way they see the world.

I’m more interested in book reviews, and this one is worth your time.

My friend assigned her students to take similar walks. She asked if I’d be willing to be one of their experts. I said sure, so long as she was willing to play loose enough with her definition “expert.” I pitched gravel cycling as my area of expertise. And instead of a walk, I said maybe her students and I could go for a ride in the country. She said sure.

I worried a little. What if the students couldn’t ride a bike? Or what if their bikes were crap and broke down? But I got three fiddle-fit athletes: a soccer player, a hurdler and a baseball player. And all three landed workable machines through the campus bike-share program.

The baseball player spent part of his childhood in the country, where gravel cycling is known as “riding your bike.” But for the other two, I think our ride was their first on gravel. We got on a cinder trail near campus that spit us out on a country road northeast of Lincoln.

And within our first 200 yards on that road, something happened to the four of us that had never happened to me in thousands upon thousands of gravel miles.

We were to the right, where we needed to be, when a semi approached us from behind, hauling a trailer (full or empty) of grain. We were impossible to miss: a plodding chain of four cyclists in the sunshine. A car approached from the other direction, and the trucker chose not to slow. And it unfolded that the six of us—cyclist, cyclist, cyclist, cyclist, trucker and driver—arrived at the same width of gravel road at pretty much same time. Fortunately for all six of us, the car’s driver gave way aggressively, guiding the vehicle over the far pile and nearly into the ditch. That maneuver allowed the semi enough room to squeeze between us with zero deaths.

I think I said something along the lines of, “I didn’t like that one bit.”

The hurdler—who throws himself at full speed overtop hip-high wooden boards for fun—put it better: “That scared the shit out of me.” 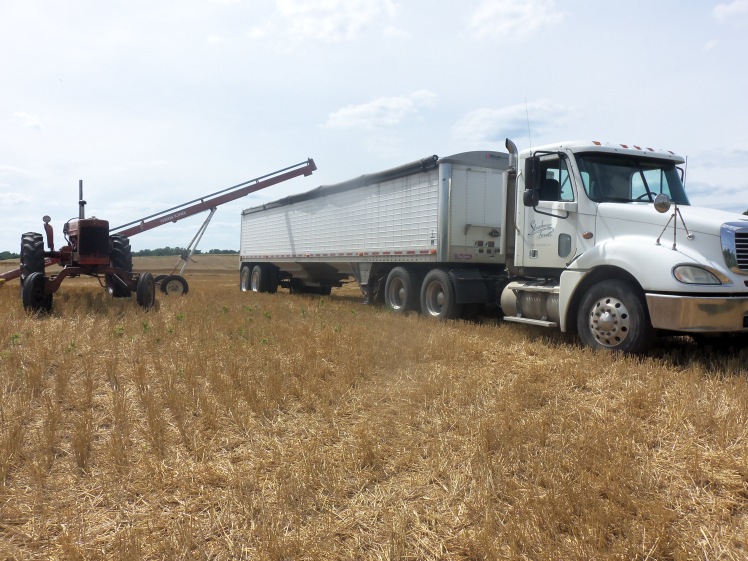 You’ll come across semis on gravel sometimes during harvest, but close calls are exceedingly rare.

I do not doubt that the truck driver saw us the entire time. Collectively, we were no less visible than any car would have been. The trucker simply judged us as unworthy of a delay. What had this person rushing, I won’t guess.

But I’ve come to believe cyclists must clear a two-part hurdle each time we venture out amongst the driving.

First, we must be seen. May our reflective jackets, blinkie lights and day-glow spandex help us all.

And second, we must be seen as human. And, for whatever reason, that one is proving tougher.

3 thoughts on “On Looking”