Thousands of Husker fans recently added “rhabdomyolysis” to their vocabularies after the recent hospitalization of two football players during winter conditioning. Fortunately, both players are recovering well, but it’s dangerous stuff.

“Rhabdo” develops after periods of extreme exertion when enough muscle cells die, break down and essentially poison your bloodstream. Your kidneys jump to filter out all the yuck. In extreme cases, your kidneys fail, and you find yourself in a heap of trouble.

The Husker cases are unusual in that they stemmed from weightlifting. Rhabdomyolysis more commonly follows intense aerobic exercises, like interval sprinting and cycling. Beginning athletes are most vulnerable, but it can strike seasoned athletes, especially after a period of relative inactivity—like a winter break.

Lots of cases happen after someone’s first spin class. When you intensely engage your body’s largest muscle groups: the quads and the glutes, you can quickly do more damage than you realize. Classes can last 45 to 60 minutes; the damage can be done in 15. And spin instructors take serious heat for prodding naïve spinners down the road to kidney failure. 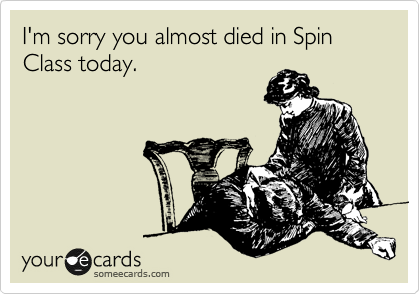 I can hardly judge an athlete for overdoing it. I’ve never had any rhabdo symptoms, but I’m no stranger to vurping on a KOM hunt. I’ve overheated more times than I want to admit. And my vision has sometimes given way to what I can only describe as purplish, throbbing, nebulous bagel ghosts. (I don’t know where rhabdo lives beyond the realm of these floating space bagels, but I doubt it’s far.) 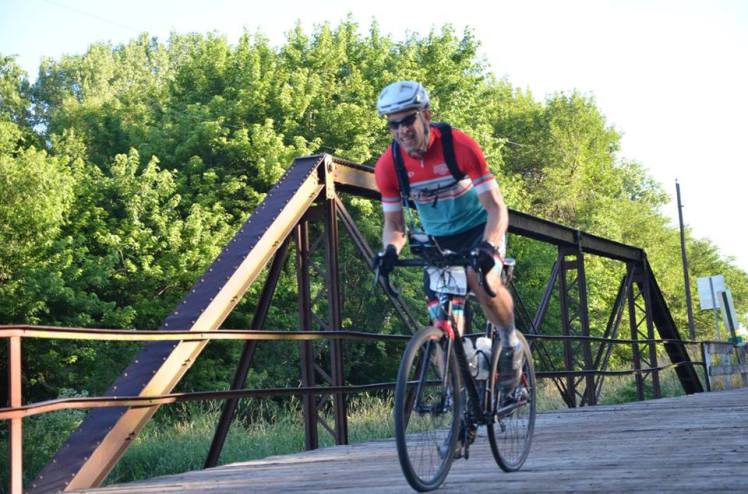 Happily, I don’t fall victim to this foolishness as much as I used to. Anymore, I try to keep it below Mel Brooks’s “ludicrous speed.”

The voice in my head when I race is about as smart as the guy on the left. (Spaceballs, 1987)

And while spin instructors get cast as rhabdo’s bad guys, I have to credit mine for teaching me how to stay out of trouble. My spin teacher is kind of a bad ass. Her packed classes at the Y are behind a good portion of whatever fitness I carry into racing season. She knows how to push. And she pushes us to not be idiots.

While I’ve never seen it, she admitted she’s had students throw up—both in her spin classes and her boot camps. “And you know what I say?” she told me. “I tell them, ‘What the heck are you doing?” (I can see myself losing my breakfast, and I can see her standing over me, tough as 2x4s, saying this.) “Did you not hear your body saying no?”

Working with her has taught me that fitness is more than building strength through punishment. It’s about control and balance. And what kind of balance are you holding—what kind of control do you have—if you can’t keep your morning oatmeal off the gym floor?

Most people who push you to “give 110 percent” have no idea what it feels like to give 80. And our culture spins a lot of trash about defying your limits. I’m sorry. If you have kidneys, you have limits. You can break. And, if you don’t have kidneys, well, you’re already broken.