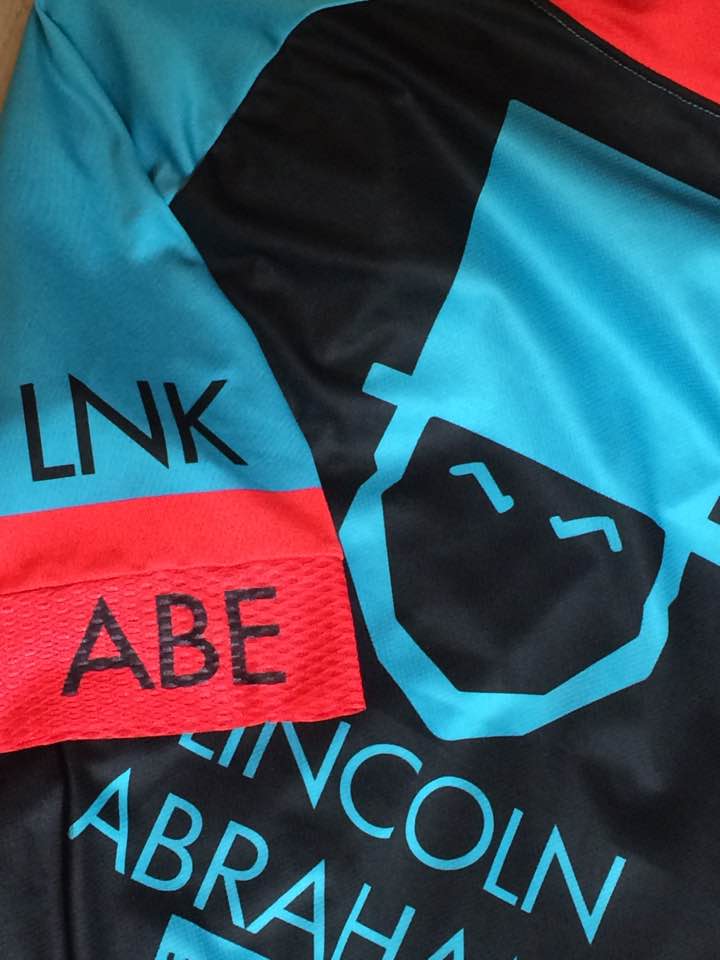 So the team got some new kits here this fall. I’m pretty happy with how they turned out.

Now, there’s a lake of difference between “a guy who can sorta draw” and a graphic designer. And I’m in the former category. So it took some serious paddling to get from my first sketches to the finished product on the opposite shore. But we got there. And it’s fun to ride in something you designed yourself.

Here’s a look at what we’ve worn the last two seasons.

And here’s the latest. 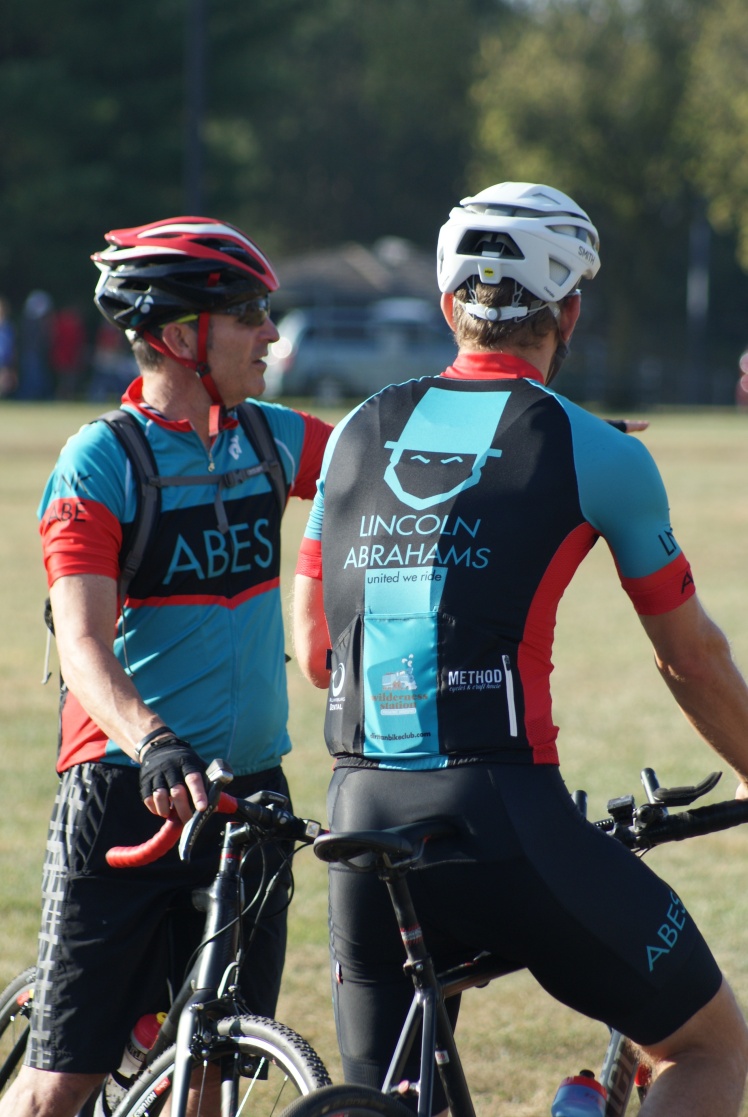 I designed both, so I’m not too worried which one you like best. But I thought some folks might be mildly interested in the logic behind some of our choices.

Another priority was easy recognition. We ditched the baseball script in favor of our shortened name in a more legible typeface. 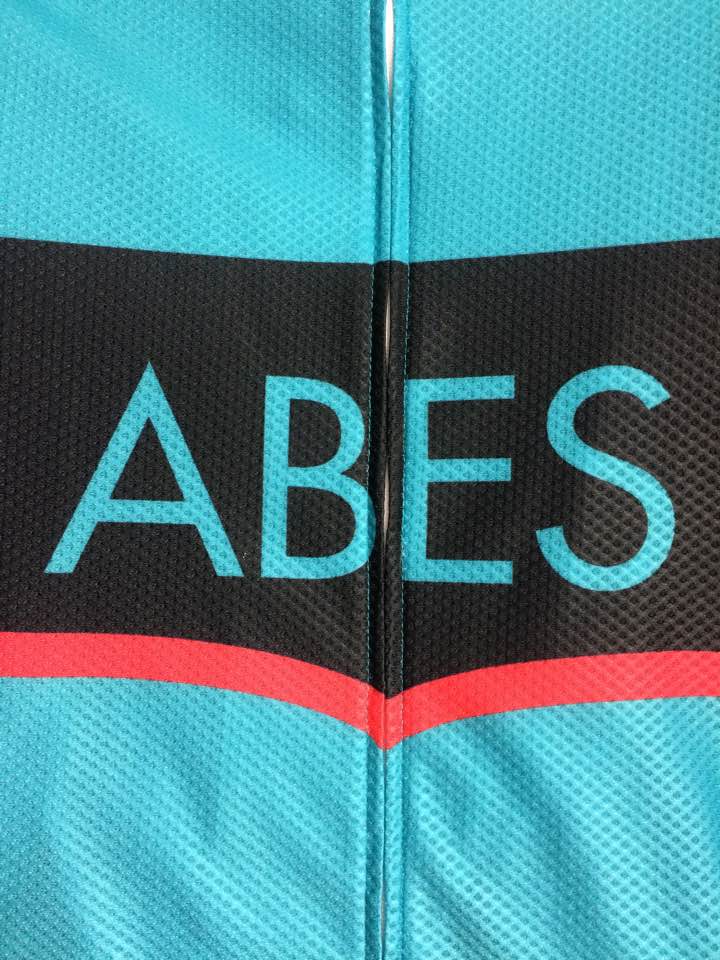 Did I worry about misspelling this? Yes. Yes I did.

And we wanted to replace our “airborne Abe” illustration with something more basic and graphic and immediately recognizable as our namesake. Before, we had Abe elaborately demonstrate his badness by shredding on a cross bike.

This Abe is leaping into semi-retirement.

Now he just furrows his brow a little, and it’s enough said.

What would Abe have to say about 2017’s nitwit white supremacists? Would he call on the better angels of our nature? Or furrow that brow and send in William Tecumseh Sherman? These are the things I wonder. 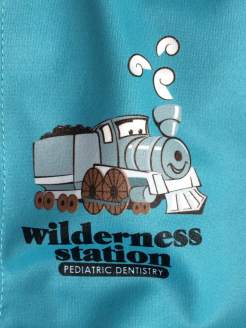 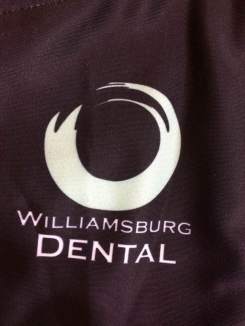 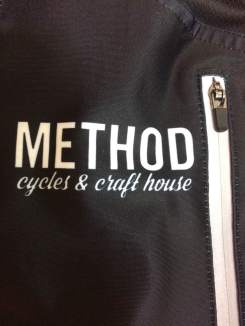 Maybe you like these jerseys, or maybe you think they’re silly. Maybe you’d call us out as a bunch of vain dads in expensive spandex trying to outrun our midlife crises. (OK, that stung a little…) But there’s one aspect of these designs that been successful far beyond my expectations.

Before Abe, we were just a few guys who liked to ride together sometimes. After Abe—after these silly tight shorts and matching blue and red jerseys—we became something else. A team, I guess you’d have to call us.

We pretty much automatically became more accountable to each other. We rode more and got faster. (Like, a lot faster.) We compete to beat hell out of each other. Any hill is good for a little game of KOM. But we are rabidly invested in one another’s success. Ask us about our proudest moments on bikes, and you’re likely to hear about something somebody else did: Tony’s DK finish in front of his dad and daughters; Marty’s CSG win; Addison’s selflessness at Panama; Mike and Eric becoming Ironmen in Kentucky.

Team is powerful stuff. It’s certainly more than matching spandex. But matching spandex helped this particular team come about. And that’s neater to me than anything we could have done by design.

Call me cornball, but I’m a big believer in being a big belonger. Gravel team, church group, book club, alumni association. I don’t care. It’s just super healthy to be part of something organized and good. And, who knows? Maybe matching spandex would bring my book club closer together. I’ll mention it at our next potluck…